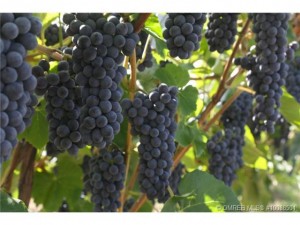 Kelowna, British Columbia is a beautiful city located within the Okanagan Valley, near the United States border. Kelowna is known for many things, including its beautiful scenery, its enjoyable recreation and its vineyards. One of Kelowna’s chief industries is its agriculture. A large majority of British Columbia’s produce comes from the Okanagan Valley, which is technically desert but contains considerably more water than a traditional desert. The heat of desert summers combined with an abundance of water creates ideal growing conditions, and with a valley floor rich with the silt of past glacial activity, the soil is fertile enough to sustain large, equitable crops.

Kelowna is known for its rich variety of produce, some from general farmer’s crops and some from specialty farms. A range of vegetables, fruit and herbs is grown in Kelowna. The average farm has vegetables such as tomatoes, leafy greens, peas, squash, carrots and onions for sale, as well as many other varieties. Kelowna is known for its fruit orchards and vineyards more than anything and is home to several major cider breweries. Specialty orchards, such as “pick it yourself” cherry and peach orchards, are a hit among the tourists and residents.

The agricultural industry of Kelowna exports to a range of places. Every part of Canada receives agriculture from Kelowna or somewhere else within the Okanagan Valley. There are some hot weather produce items that will only grow in the Okanagan region of Canada. Not all produce can grow here naturally of course. The Okanagan is still too cold to support citrus crops or mild weather plants like avocados. But despite its handful of imports, Kelowna exports a hugh volume of produce to the rest of Canada.

Within the local community, retailers and farmers markets have an abundance of produce to offer customers at low prices. The farmers markets of the Okanagan Valley and of Kelowna are a big tourist draw and a local celebration of nature’s bounty. At a Kelowna farmer’s market, one can find the most local, natural products for the cheapest prices.