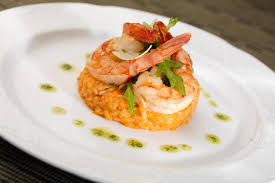 People come to Kelowna for a variety of reasons, not the least of which is the food. Kelowna is building a reputation for itself for having some of the best food in Canada. There are even master level nationwide cooking competitions that take place in Kelowna every year. It is no accident that Kelowna is becoming the place to visit in Canada for a great meal. The tourists are coming to Kelowna in droves and the local residents are in the market for fine dining. There are three primary reasons for Kelowna’s culinary success: